Bring Issues of Peace, Pentagon Spending and Nuclear Disarmament into 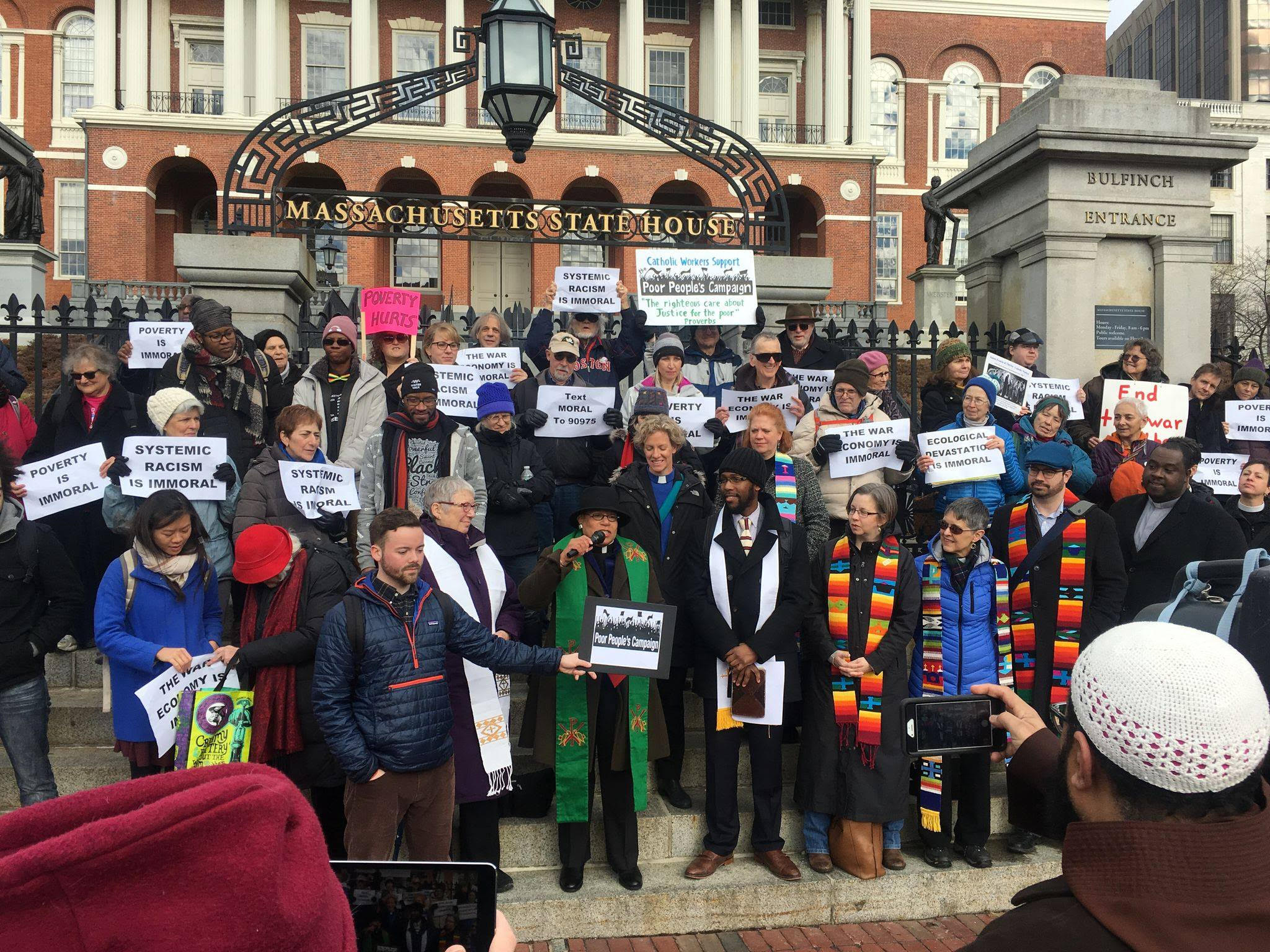 In this period when progress is so difficult in the US Congress, State Legislatures provide a valuable venue to promote a Moral Budget, resist bloated Pentagon Budgets, and press for Nuclear Disarmament.

In Massachussetts a Commonwealth Peace and Justice Coalition has worked with progressive legislators for a number of years, to introduce bills addressing the war economy, militarism and a Moral Budget. Among these are bills calling for:

-Taxpayers Budget Transparency and Right to Know Act, reporting how tax dollars are spent; and a

-Moral Budget for Massachusetts, establishing a Commission to report on impact of enacting the Poor Peoples Campaign  Moral budget priorities.

The hearings on such bills provide an opportunity for public testimony and political mobilization.

In most states any legislator can file a bill for consideration by the legislature body. The effort can be initiated by a local group, without statewide presence. Once filed, residents and organizations throughout the state can be called upon to press their local legislator to support the bill.

This enables a small committee to develop a statewide campaign.

You can use existing bills as a template for legislation in your State, working together with a friendly State Representative or Senator. Find templates at