“Reducing the Threat of Nuclear War:

Invest in Minds not Missiles”

Though the Coronavirus has devastated the economy, it has not had any braking effect on the Presidential and Congressional push for spending more of our tax dollars on military and nuclear weapons development programs. Thus, we will have to find ways to continue to collaborate and cooperate in the development of a social movement strong enough to reverse the new nuclear arms race. This Conference is focused on that task.

9:35 am:  This Conference and Tasks Ahead -  Jonathan King (MIT and Mass Peace Action) and Savina Martin (Mass Poor People’s Campaign: A National Call for Moral Revival). 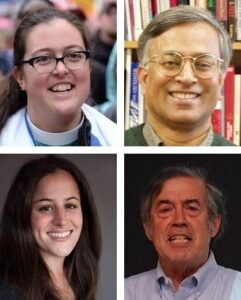 B. The Costs of 21st Century Wars and the Politics of Defense Spending:

C. Back from the Brink Campaign:

D. No Resumption of Testing:

E. No First Use Campaign:

I. Bringing Peace into Electoral Contests:

J. No New Cold War: The U.S., China and the Asia Pacific: 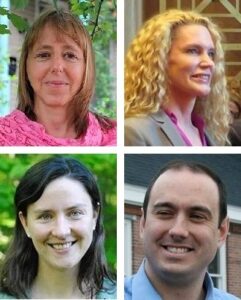 Broadening the Base of the Peace Movement - Jodie Evans (CodePINK);

Jan 22, the day before this Conference, the Treaty Prohibiting Nuclear Weapons, the “BAN” treaty, enters into force. Will that international treaty open up doors to progress on nuclear disarmament within the U.S? What about treaties with Russia such as New Start and Open Skies, and the Iran agreement which Trump discarded? Panelists in this breakout will discuss the prospects of building a base of support for these treaties within the US.

This breakout will discuss the size, scope, and politics of military spending, with a focus on contractors and commercial firms.  It will include talks on military and contractor costs, the failure of defense conversion, which is linked to the scope of military production and the resulting political resistance, and will include discussion of Raytheon as an example of a nuclear weapons producer with power over U.S. foreign policy.

Back from the Brink is a national campaign designed to bring about the fundamental change in US nuclear policy that will allow the US to join the UN's Treaty on the Prohibition of Nuclear Weapons. The campaign calls on the US to begin negotiations with the other nuclear armed states for a verifiable, enforceable time-bound agreement to eliminate their remaining nuclear weapons and to adopt a number of immediate steps to lower the risk of nuclear war while these negotiations proceed. It has been endorsed by 51 cities and towns, 6 state legislative bodies, and more than 300 NGOs.  Learn how you can help build this national campaign.

Though  the US has not ratified it, almost all nations of the world, including the US, have refrained from returning to testing of nuclear weapons. The recent Defense authorization contained a budget item supporting the resumption of nuclear weapons testing. This  would be a dangerous step backwards. Panelists in this breakout will review the history of the test bans, and the need to continue political pressure against their resumption, and the prospects for US ratification of the Comprehensive Test Ban Treaty.

MLK Jr. first talked about the coupling of war abroad and war against poor people and people of color at home. In fact, since 9/11 this has been codified into Pentagon policy with equipment purchased for foreign wars, being shipped to domestic police departments. In the light of the murders of innocent black men and women, a movement has developed to demilitarize police forces as part of the reform process. Panelists in this breakout will report on a number of these efforts.

On the surface, key connections between climate disruption and nuclear weapons/militarism include the huge greenhouse gas emissions of the US military; and climate disruption as an important factor aggravating social/economic injustice, civil unrest and massive refugee migrations.  But also, the two are linked as existential threats whose solutions ultimately include international peacebuilding.  The history of international and regional nuclear and climate/environmental agreements shows that a constructive, mass movement-based peacebuilding approach to these existential threats can work.  What are the most effective opportunities for activism by climate/environmental, peace and social-justice organizations?  Is a Green New Deal—at different levels, from the local to the global—a good approach?

Join this Breakout session to hear more about ongoing strategies and tactics to divest from the war machine. We'll be joined by seasoned activists with experience passing divestment resolutions at the municipal  level as well as in State Legislatures and community organizations, and learn more about ongoing campaigns around the country.

This workshop will discuss ongoing efforts of advocates to bring issues of War and Peace into Presidential and Congressional campaigns, issues that were glaringly absent from the 2016 and 2020 elections. Despite Americans increasing weariness with U.S. “forever wars”, entrenched bipartisan support in Congress maintains staggering amounts of Pentagon spending. Year after year, U.S. DoD budgets dwarf the military expenditures of its main adversaries and in fact equal those of the next 10 nations combined. We will review the efforts to highlight these issues in this past year's elections and explore plans for 2022 State and Federal elections, including "bird-dogging” candidates on the campaign trail and recruiting pro-Peace candidates for office.

This workshop is designed to provide background and policy alternatives to increase peace advocates’ and activists’ capacities to reduce the increasing tensions and dangers of war against China and Korea. Pentagon doctrine and operations make preparing for war against China and Russia have the U.S. strategic priority. The U.S. and China are locking the world into a new Cold War. Both powers are expanding their military capabilities, diverting funds from critical human needs, and igniting new nuclear, “conventional”, and high-tech arms races. Provocative military activities in the South China Sea and near Taiwan increase the danger of triggering uncontrolled escalation. U.S. refusal to declare an end to the Korean War, its aggressive military exercises and nuclear weapons policies, and North Korea’s resulting security concerns are primary obstacles to reducing military dangers that could trigger a disastrous regional war. Peaceful diplomatic alternatives are possible.

Public investment in critical human needs such as housing, healthcare, and public education, have been continuously reduced in recent State and Federal budgets. The economic impact of the pandemic has greatly exacerbated these impacts, leaving millions at risk of unemployment, eviction, and loss of health benefits. Panelists in this breakout will describe the programs that could be supported in the state budget, if the Congress adopted the Moral Budget described by the Poor People’s Campaign. Even without that step, articulating a Moral Budget for Massachusetts may help our legislators see their way forward, rather than back.

The outbreak of the Coronavirus pandemic revealed the deep inadequacies of the nation’s healthcare and public health infrastructure. The Fund Healthcare not Warfare campaign is one of the responses, a coalition calling for increased state and Federal healthcare and public health investment, to be financed by $100 billion+ cuts in the Pentagon Budget. Public health leaders will describe the needed investments, not only in direct care, but in the biomedical infrastructure needed to support vaccine and therapy developments.

During the height of the War on Vietnam, almost every campus in the US hosted an anti-war organization. These have faded away in the following decades. Though the direct threat of being drafted to fight a foreign war is no longer present, the bloated Pentagon Budget and costs of endless wars is a major reason higher education is being starved of federal funds. Panelists in this Breakout will report on their recent efforts to organize students and faculty on issues of war and peace.

Thanks to the Norris- Rugel Charitable Fund, and the Amy Rugel Giving Fund for their financial support.

Do you like this page?
Tweet
Sign the Letter to Science Magazine Moral Budget for Moral Massachusetts See Harvard conference "Presidential First Use of Nuclear Weapons. Is it Legal? Is it Constitutional? Is it Just?"